The history of Alte Liebe

Alte Liebe was founded in 1965 on Nihonodori, a historical street, home to consulates and embassies in Yokohama, a vestige of the city’s history as a maritime port. The building itself was constructed in 1929, reflecting the European style of that era. In 1996 the restaurant was temporarily closed so that the historical building housing it could be restored. The restaurant was completely refurbished and reopened in 2000 with a Viennese-style interior echoing perfectly the early 20th century architecture of the building.

From its earliest days to the present, live music has always been a strong theme at the restaurant. Alte liebe means “Old Love”. Old implies vintage, history, nostalgia, love and romance. The restaurant’s history, spanning more than a half century, is a love story that will inspire our guests to create special memories of their own. 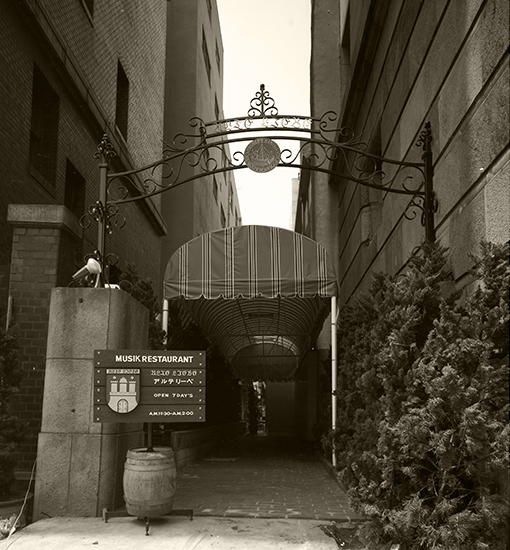 THE CONCEPT OF MUSIKRESTAURANT: MUSIK & GASTRONOMIE 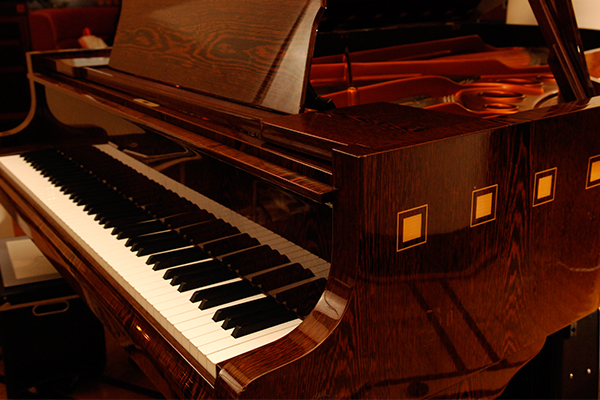 The concept of live music restaurant takes its inspiration from the main dining experience on the Titanic cruise ship. Professional musicians from Europe entertain you and enhance your dining experience.

The cuisine of Alte Liebe pays homage to European gastronomy using local and seasonal ingredients, while respecting the history of the restaurant itself. We try to stay in harmony with the seasons and change the menu accordingly, sourcing local ingredients and making our own unique expression on a plate. We hope you enjoy our menu and our live music.

The starting point of the interior design is the Boesendorfer piano. It has square dots derived from "Jugendstil", Austrian Art nouveau. The restaurant wainscot also has similar dots to unify with the Jugendstil. The chandeliers are made by Lobmeyr tzan, the tables and chairs by Thonet Vienna, and all interiors by Freidrich Otto Schmitt - all custom - made.

On top of the four pillars is a golden laurel leaf design derived from the Secession museum by Josef Maria Olbrich. The chandeliers are in the shape of the forbidden fruit of the Garden of Eden with a serpent in the center, a small accent of the restaurant. 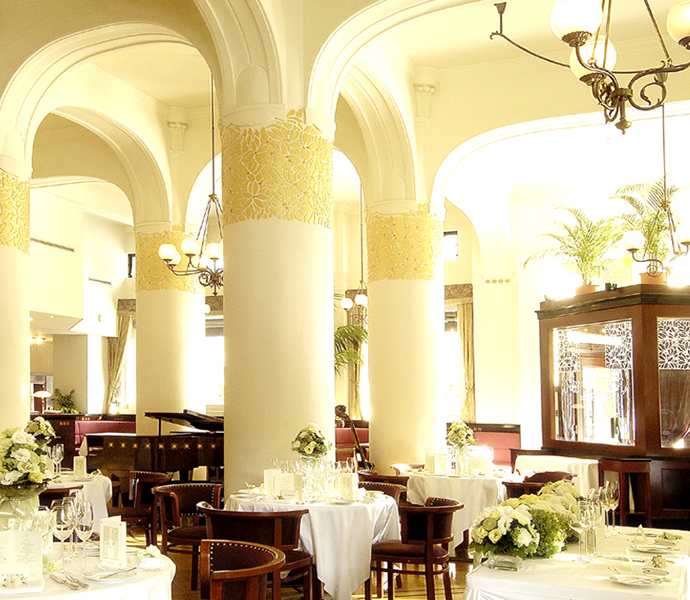 Message from the Owner Chef

I was born in France and grew up there for the first ten years of my life. My mother taught French cookery for more than 40 years and through her influence, I decided to return to France to study. In 1998, I came back to Japan to reopen Alte Liebe with my father who had founded it in 1965, a few years before I was born. I flew again to Europe to create a truly authentic style and found Jugendstil in Vienna. The restaurant design was completed.

This love of French cuisine is the basis of my cooking. My mother always cooked French dishes at home. I still recognize my childhood in Paris and Mougins in summer and have enjoyed the local food since I was small. At Alte Liebe we respect the restaurant’s history from my father’s era and have evolved it to establish a modern cuisine, using our unique touch and expression. We always pay special attention to the quality and freshness of our ingredients, such as fruit and vegetables, and we source these directly from farmers and local producers all over Japan.

We hope to welcome you soon to enjoy this unique experience.